Menu
Log in
Register
Install the app
You are using an out of date browser. It may not display this or other websites correctly.
You should upgrade or use an alternative browser.

Hello everybody, well, Im sure most of you already know about Chuck E. Cheese, and probably are thinking "What in the world is it doing on a vintage computer forum?" and well, I get that. But the old Chuck E. Cheese characters had a very complicated computer system. Here, Im talking about the Cyberamic Control Centers. there are other computers, such as the ones used in the 70's, and Cyberstar, but here, Im talking about the early 80's controllers. Some photo's are included. I dont entirely understand the systems myself, so I was wondering if any of you could identify some of the components. 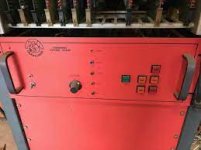 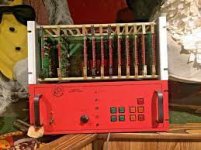 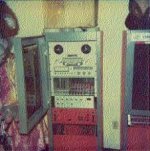 Here are some pictures of the Control Cards. 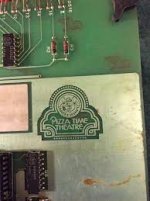 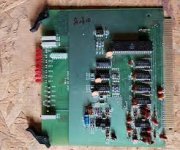 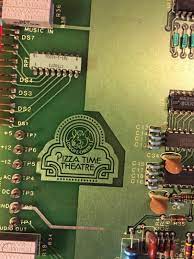 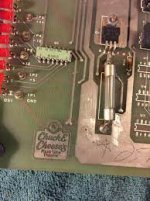 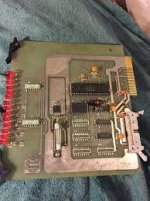 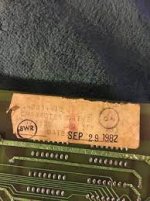 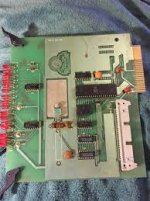 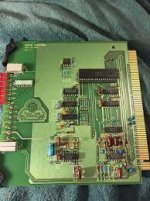 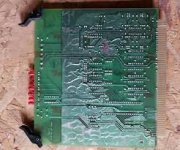 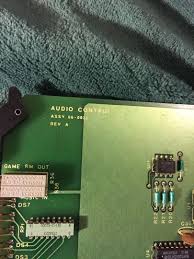 Are you saying you actually possess one of these units? Are you trying to do something specific with it?

If so, you might need to post higher resolution images of the cards so people can see part numbers and such. Clearly it is a completely custom system.
S

Yeah, this is pretty interesting I think, but the pictures are too small to make out enough detail to identify anything.
C

My understanding of these control systems is that they're not "computerized", per se. The animation is recorded onto an audio tape, and these cards pull out individual channels of data and convert them into a form that can drive the actuators on the figures. Based on the hardware, it *looks* like the data was recorded to tape digitally, but that's just a guess. It's hard to see in the small photos above, but some of the board look like they're 8 or 16 channel digital cards. I'm guessing the digital channels are pulled from the data stream and routed to a pneumatic valve via the card edge connector and backplane. (As far as I know, chuck-e-cheese figures used all pneumatic actuators. Don't quote me on this, but I don't think they had any analog control; e.g., every action was on/off. If there's an analog card somewhere in those cages that would prove me wrong there.)
You must log in or register to reply here.
Share:
Facebook Twitter Reddit Pinterest Tumblr WhatsApp Email Share Link
Top